New cases of COVID-9 rose in 27 out of 50 U.S. states in September compared with August, led by a dramatic increase of 111% in Wisconsin, according to a Reuters analysis. The country reported 1.18 million confirmed cases in September, reaching 7.26 million of overall cases. Compared with the 6.05 million at the end of August, there was an increase of 19%.

Of the states where cases dropped month after month, California had the biggest decline at 50%, followed by Nevada at 49% and Florida at 47%. The state of Florida announced on September 25 a lift on all restrictions, allowing bars and restaurants to operate at full capacity.

However, many businesses across the United States continue to implement cost-saving measures as profits take a hit from COVID-19 restrictions, such as operating capacity. The Midwest states of North Dakota, South Dakota and Wisconsin all saw cases surge more than 50% month-over-month, as did Montana, Utah, West Virginia and Wyoming. 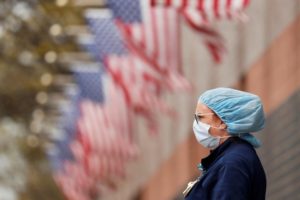 Only three U.S. states are reporting a drop in new COVID-19 cases compared to last week, as the country hit its highest daily rate of new cases in almost two months. As of Saturday night, new cases were down in Texas, Missouri and South Carolina, while 21 states reported a rise in cases and a little more than half held steady compared with the week before.

From September 29 to October 3, there was an average of 46,500 cases per day — the most cases in a five-day period since August 14-18, JHU data showed. The climbing coronavirus count comes as the President joined the more than 7.3 million people who have tested positive for COVID-19 in the US, a sobering reminder of the virus’ reach as health experts urge continued vigilance during the fall and winter months.

Working Hard to Alleviate the Shortage of Medical Face Masks

At We Shield we are currently sourcing and distributing the highest-quality PPE throughout the U.S. at a competitive price and time, we import our safety supplies via private cargo planes multiple times a week and have the experience, certifications, and connections to expedite the process and make it as affordable as possible to support the immediate safety goals of our clients.