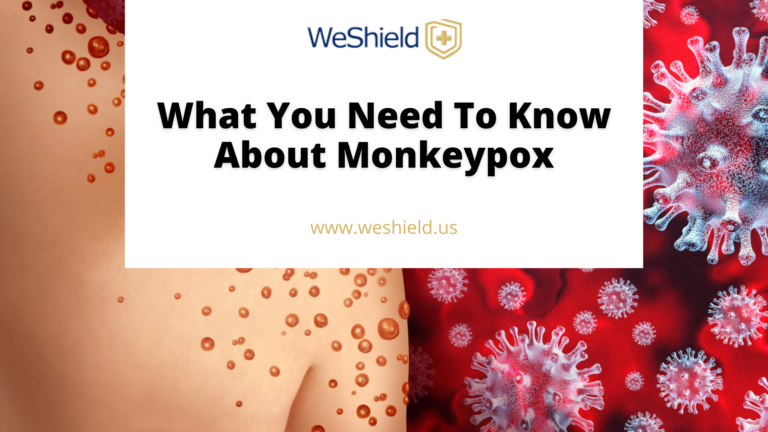 The world is beginning to hear about monkeypox, but what exactly is it? The monkeypox virus causes a mild pox-like illness similar to the now-eradicated smallpox virus. In 1958, monkeys used for research became infected by this virus, hence the name ‘monkeypox.’

Although we do not know what caused this viral illness, we still call it by that name. In Africa, rodents and monkeys are believed to have harbored infection and transmitted it to humans.

Over the recent outbreak of monkeypox, two of the U.S.’s hardest-hit regions have increased their alert level.

As a result of the city’s 281 cases accounting for nearly 800 in California, a public health emergency was declared in San Francisco on Thursday. A declaration of an outbreak provides additional resources to health officials.

The virus is endemic in West and Central Africa, but more than 21,000 cases are reported elsewhere. Over the weekend, the World Health Organization (WHO) raised the threat level to its highest level. In addition, the Centers for Disease Control and Prevention (CDC) reports that the U.S. case count is nearing 5,000.

Nearly 800,000 additional doses of monkeypox vaccine will be distributed Thursday by the federal government, which has not declared an emergency.

According to health officials, 340,000 doses have already been distributed, but several jurisdictions have reported turning away patients due to a shortage.

How do monkeypox cases occur?

Although anyone can contract monkeypox, the outbreak has been concentrated among men who have sexual activity with men.

Patients infected with the virus spread the virus through contact with their rash. As well as passing through bodily fluids, respiratory droplets, and contaminated clothing, bedding, or towels, it may also travel through body fluids.

To control the spread, Tedros Adhanom Ghebreyesus, WHO chief, called for fewer sexual partners for men.

“This is an outbreak that can be stopped,” Tedros said. “The best way to do that is to reduce the risk of exposure.”

Tedros also stresses the importance of not allowing stigma and discrimination to fuel the current environment during the monkeypox outbreak, as HIV/AIDS did in the past.

“Stigma and discrimination can be as dangerous as any virus, and can fuel the outbreak,” Tedros said.

Monkeypox symptoms: what are they?

Fever, headaches, muscle pain, fatigue, and swollen lymph nodes are symptoms of the disease, followed by a rash on the face, palms, and soles of the feet. In about a third of cases, there is also a rash on the genital area.

The CDC reports that the strain of monkeypox responsible for the global outbreak is rarely fatal, but it can be excruciating. A little more than ten percent of cases have been hospitalized “to manage the pain caused by the disease,” Tedros said.

It has been reported that five people have died – three in Nigeria and two in the Central African Republic.

Is there a vaccine and a treatment available?

The WHO recommends vaccination only for those at high risks, such as those exposed to an infected person, health workers, and people with multiple sexual partners, who are expected to take several months to package and distribute vaccines.

What is the significance of this outbreak?

As far as we know, this is the first time these many cases have appeared outside the endemic countries in West and Central Africa.

After last Saturday’s meeting, WHO’s advisory committee could not agree on the threat’s magnitude, but Tedros declared a “public health emergency of international concern,” the agency’s highest threat assessment.

With WeShield, you can be assured that our information is accurate and up-to-date. Keep up with our blog for details on monkeypox, the COVID-19 pandemic, supply chain news, and high-quality PPE and medical supplies.