By now we all know that wearing masks can help reduce the spread of COVID-19, and we also know that not every type of face mask is similarly good at blocking viral droplets when we cough, sneeze, talk – or even simply breathe. But how can we really know for sure? Aside from merely trusting manufacturers’ claims, if you wanted to somehow test different masks against one another to compare how efficient they are in the real world, how would you do it?

According to a new study, bandannas, gaiters and knitted masks are some of the least effective face coverings for preventing the spread of coronavirus. Researchers at Duke University made the discovery while testing 14 different types of face masks.

The study showed that N95 masks, often used in the healthcare field, worked best to stop the transmission of respiratory droplets during regular speech. Other great performers at stopping leakage were three-layer surgical masks and cotton masks, which can be made at home. 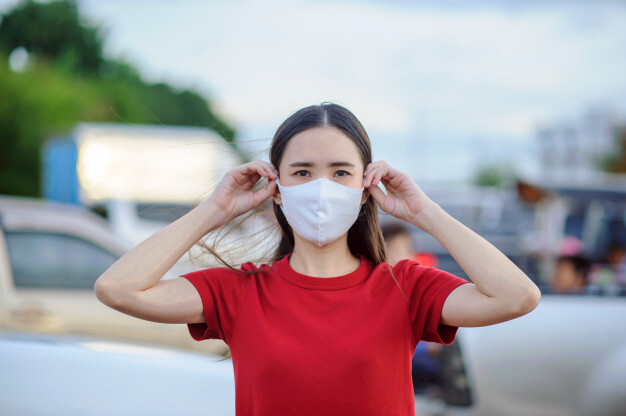 But while bandannas and knitted face coverings may be a stylish look, they did not offer much protection, according to the study. The scientists also revealed that neck fleeces, or neck gaiters, often worn by runners, were the least effective and actually allowed more respiratory droplets to escape than not wearing a mask at all.

To test the masks, the scientists made use of a black box outfitted with a laser and a cellphone camera. Someone wearing a face mask would speak in the direction of the laser beam inside the box, then the amount of respiratory droplets scattered by the beam were recorded by the camera in the back of the box. A computer algorithm counted the droplets seen in the video to determine how many had leaked through.

The researchers said this was a low-cost, effective method to test which face coverings worked and which didn’t. “This is a very powerful visual tool to raise awareness that very simple masks, like these homemade cotton masks, do really well to stop the majority of these respiratory droplets,” Martin Fischer, one of the study’s authors, told CNN.

Working Hard to Alleviate the Shortage of Medical Face Masks

At We Shield we are currently sourcing and distributing the highest-quality PPE throughout the U.S. at a competitive price and time, we import our safety supplies via private cargo planes multiple times a week and have the experience, certifications, and connections to expedite the process and make it as affordable as possible to support the immediate safety goals of our clients.