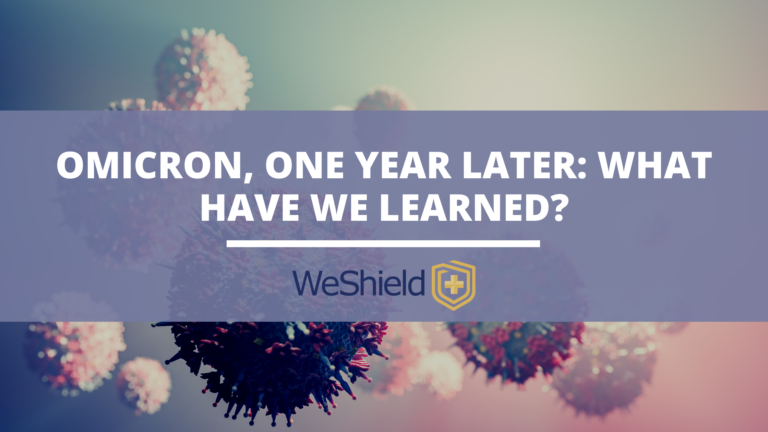 In November 2021, WHO announced that the world was facing a newly discovered variant of concern: Omicron. Ultimately, it would change the course of the COVID-19 pandemic.

At the meeting, experts were concerned about the many mutations in this variant, which differed significantly from the others. Moreover, early data indicate Omicron’s rapid spread in some South African provinces and an increased risk of reinfection compared with previously circulating variants. A few hours later, WHO declared this variant a concern: the world needed to prepare for something new and different.

Compared with Delta, the previous variant to be considered, Omicron, proved significantly more transmissible. It took four weeks for Omicron to replace Delta as the dominant variant as it traveled around the world.

Countries that had successfully halted COVID-19 through public health and social measures now find themselves at a loss. Those at risk of severe disease but were unvaccinated paid the most significant price, and hospitalizations and deaths increased worldwide.

In March 2022, WHO and its partners estimate almost 90% of the world’s population will have antibodies against the COVID-19 virus.

In general, however, this variant resulted in less severe disease than the Delta variant. Scientists worked to understand why this was so. Several factors likely played a role. Vaccination and infection have steadily increased global immunity, for instance, since the virus replicates more efficiently in the upper airways.

Even though vaccines reduced Omicron’s impact, studies have shown that vaccine effectiveness against infection, disease, hospitalization, and death over time waned (at different rates). However, a high level of protection against hospitalization has prevented millions of deaths.

The next variant of concern?

Several changes have taken place since the emergence of Omicron. As a result, there are over 500 sub lineages of this variant circulating today, but no new variant of concern has been identified.

So far, these sub lineages of Omicron have much in common. They are all highly transmissible, replicate in the upper respiratory tract, and tend to cause less severe disease compared to previous variants of concern; they also all have mutations that make them more capable of escaping built-up immunity. As a result, their effects on public health and the response needed to deal with them are similar.

If the virus were to change significantly – like a mutated variant causing more severe disease or vaccines no longer protecting against severe illness and death – the world would need to revise its response. It would mean adjusting WHO recommendations and strategies based on a distinct variant of concern.

Researchers and public health professionals worldwide continue to monitor circulating variants for signs of the next variant of concern. Despite this, there are concerns regarding global declines in testing and sequencing and a need for international representation of available sequences (most lines come from high-income countries).

Moreover, WHO and its partners continue to express concern about limited surveillance at the human-animal interface.

Despite the challenges in stopping new variants from emerging, quick detection and sharing of information can minimize their impact.