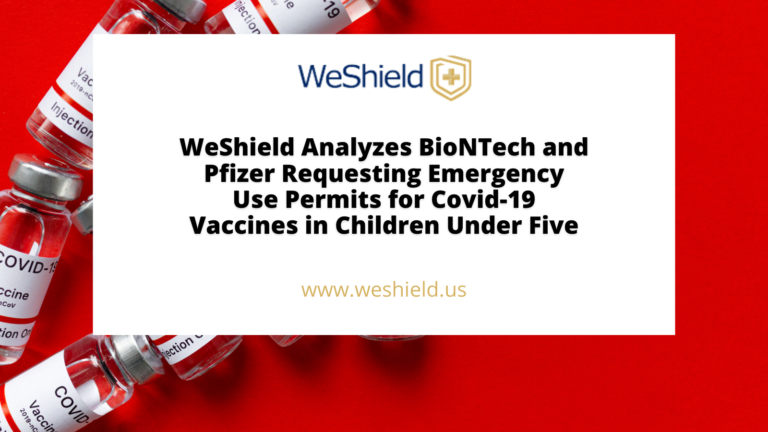 BioNTech and Pfizer ask for an emergency use permit for their two-dose Covid-19 vaccine for kids six months to five years old.

BioNTech and Pfizer have initiated rolling data submissions to the US Food and Drug Administration following a request from the agency. They expect to have completed the EUA submission in the coming days and say they will also be submitting clinical trial data to other agencies worldwide.

On February 15, the FDA’s vaccine advisory committee will meet to discuss the submission.

“The confidence of the American public depends on that, that you’re recommending something that you would give to your own children,” Offit said.

“It all depends on the data. The data will tell us just how good these are. There should be a robust safety profile and a robust efficacy profile, and an immunogenicity profile. And if that’s true, speed doesn’t really matter, as long as they have those data.”

Pfizer/BioNTech is already authorized to use the vaccine in children as young as five. It would be the first Covid-19 vaccine available for this age group.

The American Academy of Pediatrics reported Monday that more than 3.5 million cases of Covid-19 have been reported just in January. At least 11.4 million children have tested positive since the pandemic began. For the week ending January 27, children made up 22.8% of all reported cases.

“Pediatricians have seen firsthand the fear, stress, and hardship that so many families of young children have endured as they await a vaccine,” AAP President Moira Szilagyi said in a statement. “We urge a transparent and data-driven process to evaluate this vaccine for this age group and look forward to offering its protection to our youngest children.”

A three-dose vaccine version is still under study in the youngest kids.

In December, Pfizer expanded its vaccine trial to include younger children after two child-sized doses of the vaccine failed to produce immunity in children aged two to five. However, it did in children up to age two.

Pfizer will also submit data from a third dose given at least eight weeks after the second dose to the FDA in the coming months.

“As hospitalizations of children under five due to COVID-19 have soared, our mutual goal with the FDA is to prepare for future variant surges and provide parents with an option to help protect their children from this virus,” said Pfizer CEO Albert Bourla.

“Ultimately, we believe that three doses of the vaccine will be needed for children six months through four years of age to achieve high levels of protection against current and potential future variants. If two doses are authorized, parents will have the opportunity to begin a COVID-19 vaccination series for their children while awaiting potential authorization of a third dose.”

Pfizer/BioNTech vaccines are given at 30 micrograms to people 12 and older and ten to children ages five to eleven. Children younger than five are given even a lower dose; three micrograms.

According to a report earlier Tuesday, federal regulators encouraged Pfizer to seek approval for the two-dose vaccine. They hope the EUA will be granted by late February. Data for three doses may take until March.

“If the goal of the vaccine is to get baseline immunity in the kids — to prevent really bad outcomes and you’re really not using the vaccine as a tool to prevent infection in the first place — two doses could do that,” Dr. Scott Gottlieb, Pfizer board member and former FDA commissioner, told CBS on Sunday. “I think that may be why federal health officials are rethinking this.”

To provide our clients with the most accurate, up-to-date information, WeShield obtains information from reliable sources. Stay tuned to our blog for updates on the COVID-19 pandemic as well as high-quality PPE and medical supplies.